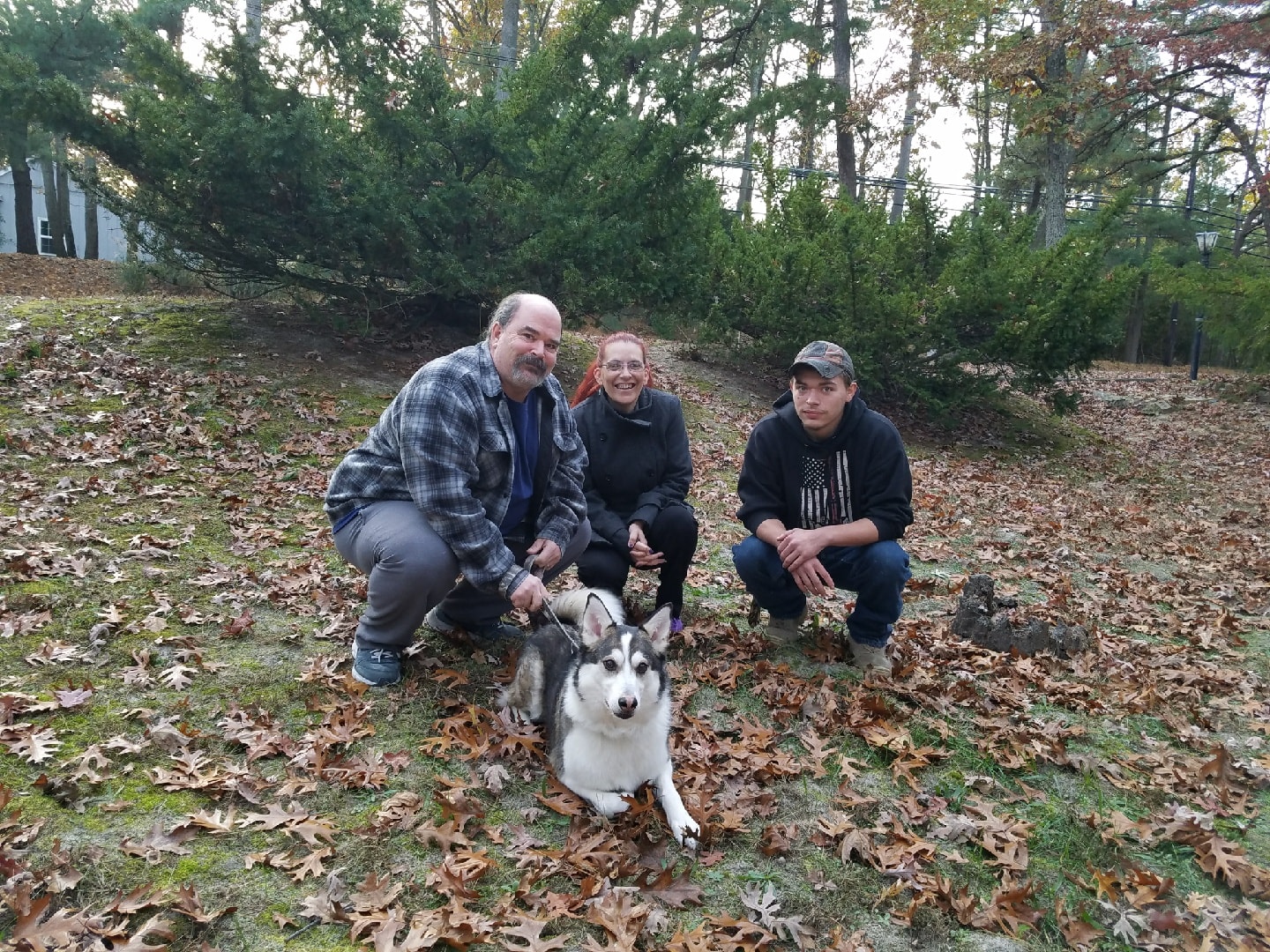 We couldn’t be happier to see how happy Izzy is! He had some specific needs and we were willing to wait until we found the perfect home. This friendly guy just wanted a family in a quiet, low key home that he could hang out with and he found it. They recently said goodbye to their beloved family dog that also had a seizure disorder so this condition wasn’t new to them. They reached out to us with a request to meet our handsome guy and the rest is history. Congratulations Izzy, to you and your new forever family!

Meet Izzy, a 7 years young Husky/Collie mix who LOVES people! This medium sized guy has had a rough few years. He lost his first home due to a life change in his family. He was adopted by another family and suffered a seizure shortly thereafter. They did the best they could to keep up with his care but it just wasn’t working for them so, he found himself in the same shelter once again. The shelter staff did their best to find him a new family but a seizure prone dog is a tough sell. After reaching out to several groups we were his only chance. Even though we recognized that he will require a specific adopter we knew we couldn’t leave him behind. Sadly, yet another transition was so unsettling to this adorable guy, that he suffered another seizure that night. We quickly had him evaluated by our vet and the news was good. Other than being slightly overweight (he says he’s fluffy) he’s in good health aside from the seizures. We started him on an inexpensive medication and he hasn’t had any seizures since. We are hopeful that trend will continue!

Despite his issues, Izzy is enthusiastic and energetic. He’s very affectionate, loves belly rubs, and loves his squeaky toys. He enjoys his walks and we’re working on some leash manners. He is part Husky after all, and he does pull especially when he sees an occasional squirrel. He’s had no accidents in the house. Izzy LOVES human interaction. So much so that we are inclined to say he’d do best as an only dog. He doesn’t always appreciate the companionship of other dogs and also isn’t willing to share his toys. He will need a patient adopter with no children under 10, who will understand that he’s been bounced around a lot. We want this to be the last stop for him! We’ll be looking for a committed home that will provide the necessary medications and vet visits that will be periodically necessary as well as working with him to give him back his sense of security. This guy has many years of unconditional love to give. If you think Izzy might be the one for you be sure to follow his progress on our Facebook page.

Izzy found his forever home, but we do have other dogs available for adoption or fostering!
View Available Dogs