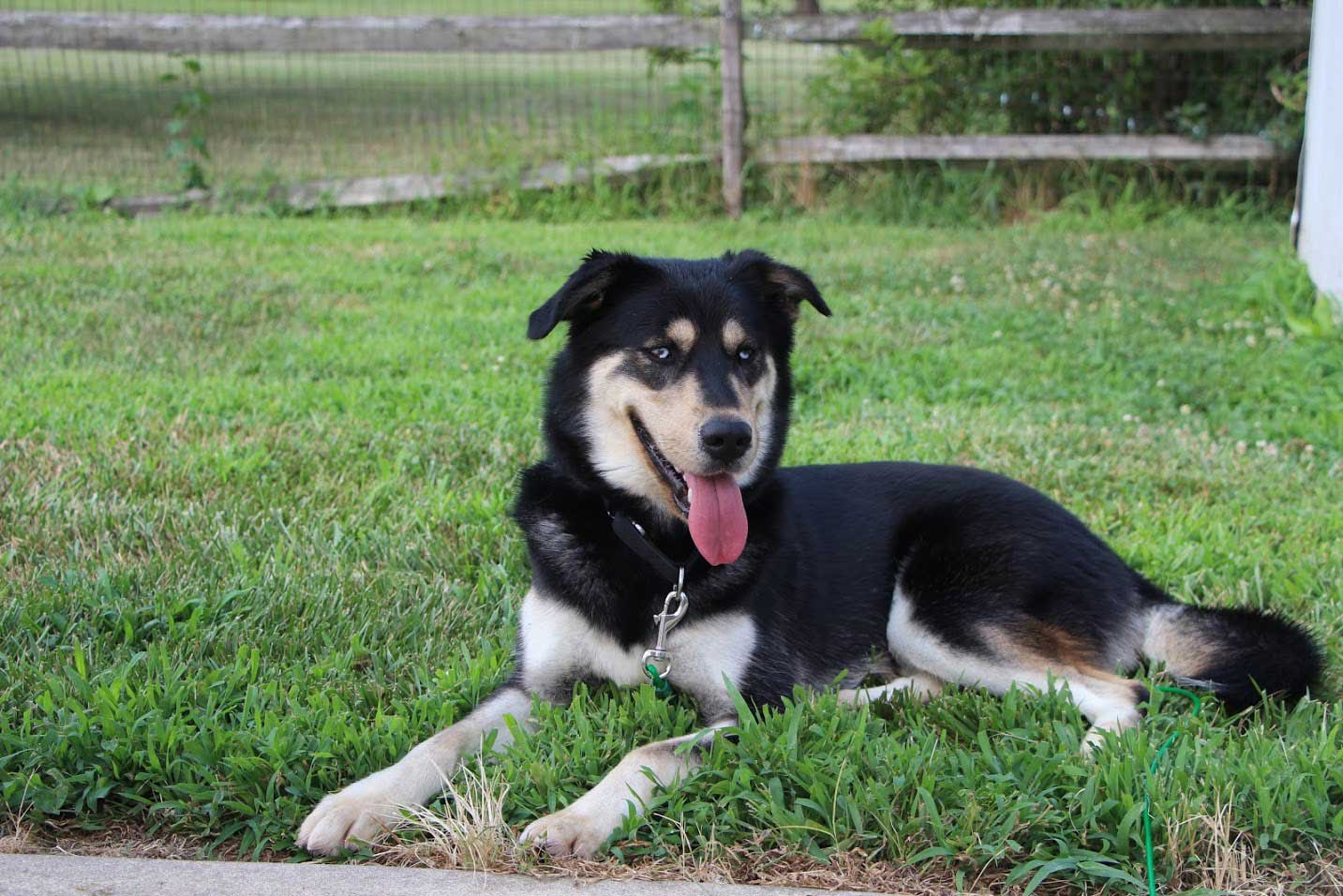 Update: Kato has been adopted!

Kato is an 18 month old Siberian Husky mix who has spent too much of his young life in a shelter. He was brought to the shelter at 1 year old, adopted, and then returned just a few months later. After seeing him exhibit signs of depression in the shelter, we brought Kato into foster care with Arctic Spirit as soon as possible. Despite spending so much time without a family, Kato is a sweetheart who loves to play and snuggle. He is a smart little guy, is completely housebroken, and knows “sit” and “paw”. Like any young Siberian, Kato has lots of energy to burn, enjoys playing and wrestling with other dogs his size, and still has the puppy crazies – zooming around the house at top speed just because it’s fun!

All of his moving around has left Kato with some uncertainty about where his people are and where they go when he can’t see them. Kato is a true velcro dog and likes to follow his people around the house to make sure he knows where they are at all times. He’ll need a family willing to include him in their daily activities at home. He happily goes to his crate at mealtimes, but isn’t comfortable being there for too long, especially if he knows his people are close by. Although he is still working on his crate skills we feel he would do best in a home where someone is there for the majority of the day and evening. He appears to be somewhat trustworthy inside the home and after checking the sink for dishes he’s usually content to settle down with his canine foster sibling.

Kato will be happiest in a home with a dog of similar size and energy level. He is very aware of open doors and is a typical Siberian escape artist. He will need a secure 6 foot fence to keep him safely home, and a family who has experience with Siberian energy and intelligence. He is neutered, up to date on vaccinations, microchipped, and is happily awaiting a forever family who will love him.