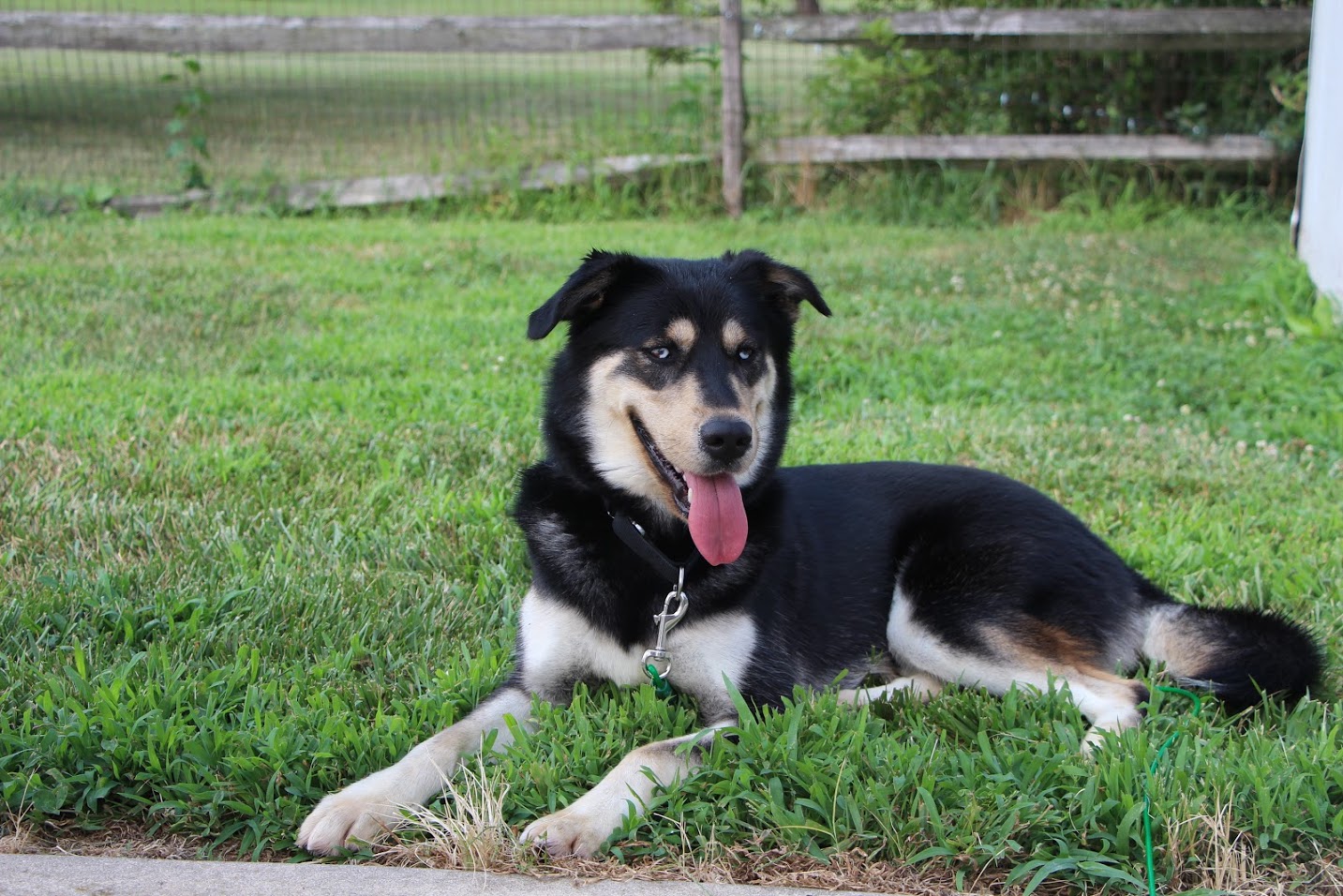 Kato is an 18 month old Siberian Husky mix who has spent too much of his young life in a shelter. He had been taken to the shelter, adopted, and then returned just a few months later. During this second stay in the shelter, Kato began to show signs of depression. Each time he was visited by Arctic Spirit Rescue volunteers, he seemed increasingly disinterested in things happening around him, was not eating his food, and did not respond when talked to. Even though the shelter staff loved Kato and took great care of him, our volunteers knew he needed to be in a home so that he could start to feel better. The decision was made to make Kato Arctic Spirit Rescue’s very first foster dog! 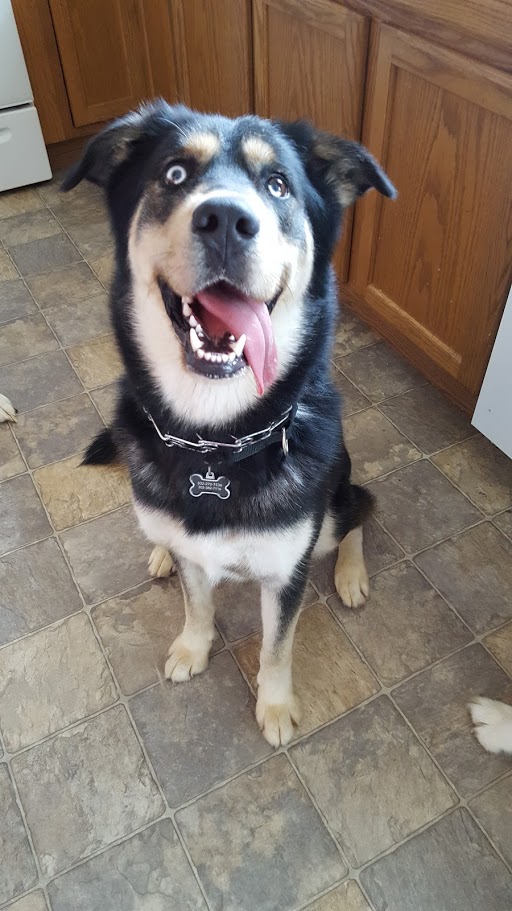 As soon as Kato walked into his new foster home, he was an entirely different pup! This sweet boy loves to play and snuggle with his foster brothers and human family. He is completely housebroken, and knows how to sit and give paw. Sadly, all of the moving around and uncertainty in his young life have left Kato with some anxiety issues when he doesn’t know where his people are. He is a true velcro dog and follows his people around the house to make sure he doesn’t get left behind. Kato will happily go to his crate at mealtimes, but becomes upset when he thinks he’s all by himself. Hopefully the security of his foster home will allow him to become more comfortable in his crate when he has to be home alone.

Like any young Siberian, Kato has lots of energy to burn, enjoys playing and wrestling with other dogs his size, and still has the puppy crazies – zooming around the house at top speed just because it’s fun! He is a very smart little guy, who manages to make just the right amount of mischief with his foster brother and partner in crime. Tissues need to be shredded and toys need to be broken right? And, of course, holes need to be dug in the yard. 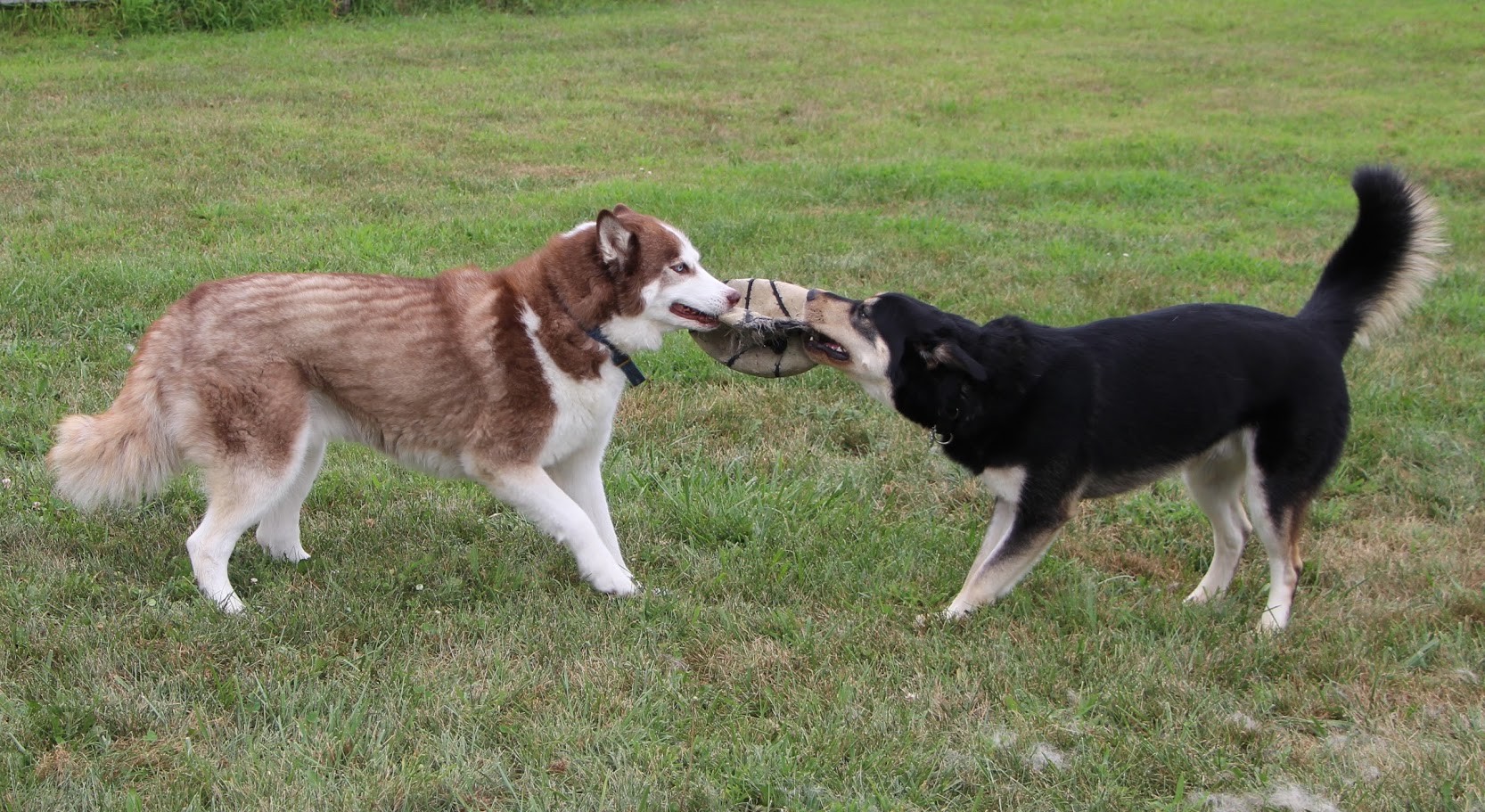 Kato’s foster family is still working with him on his anxiety issues, and some other basic lessons like How to Walk on a Leash. When he is ready, Kato would love a forever family with another energetic dog of his size to play with, and with people who have experience with Siberian energy and intelligence.