With winter comes…..DOGS! December was a busy month for us at Arctic Spirit Rescue, and January is proving to be more of the same. Just before Christmas we were contacted by a local shelter who had a pair of female mixes. 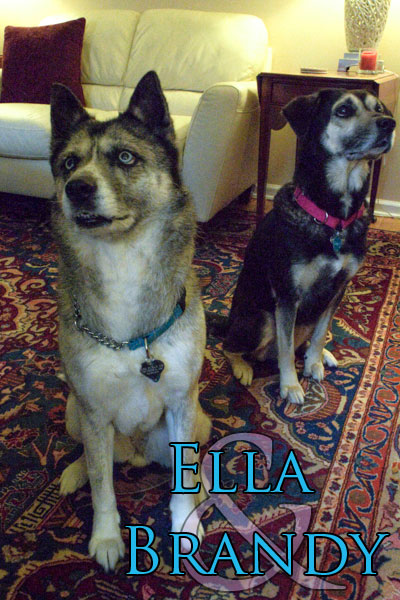 Ella – a Husky/Cattle Dog mix, and Brandy – a Hound mix, were reported to be a bonded pair and had been there for quite some time. These two social butterflies were often taken to events with no issues whatsoever but their adult ages (7 and 8) seemed to be working against them. There’s also a reluctance for potential adopters to commit to adopting two dogs rather than one. As most Northern breed owners know, two are often easier than one. It became obvious that these ladies needed a bit more help so the shelter contacted us. It was meant to be since we had an available foster home that was very willing to take them in. A transport volunteer was generous enough to dedicate part of his day off during the holiday season to spring the girls and they arrived at their foster home just a few days before Christmas. What a gift for them! No more loud, chaotic shelter, soft sofas, yummy treats, new girly collars, and lots of one on one attention. It doesn’t get much better than that. The shelter staff did the best they could and we’re glad they reached out to us. These ladies will make a wonderful addition to a low key home looking for some furry companions. Stay tuned for more updates as we continue to get to know them. They’ll be making their Meet and Greet debut soon so be sure to watch our Facebook page for our event schedule if you’d like to meet our ladies. 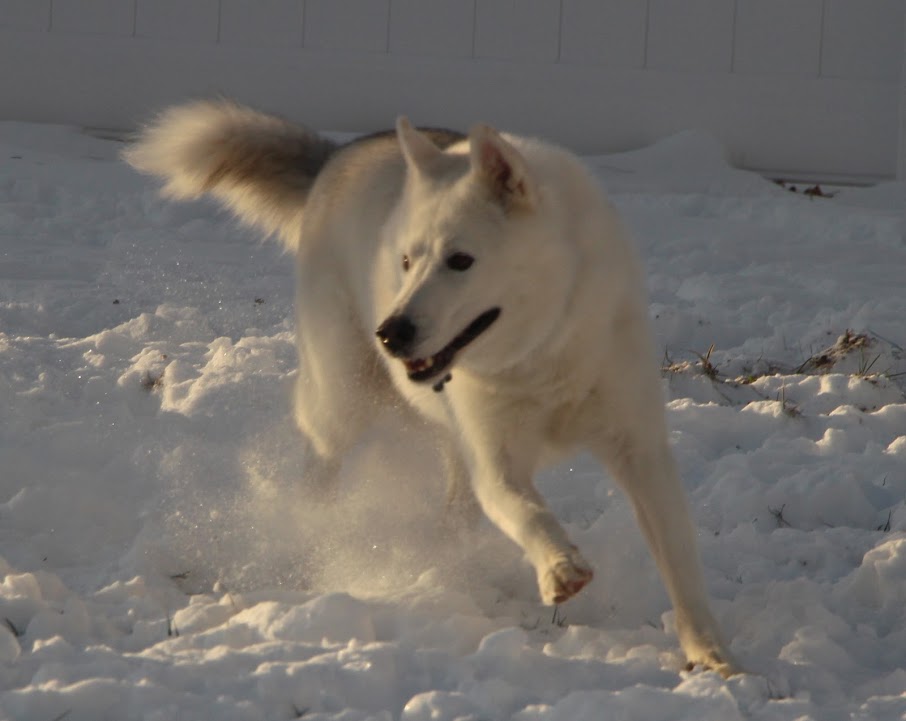 Then came Jake! This large Siberian Husky is impossible to ignore. He’s as handsome as they come with a personality just as beautiful. This 7 year old came to us with the help of his prior owner and a local shelter who both recognized he needed more than either could give him. In typical Husky fashion he needed to be in a home with other dogs. It was a tough decision for them to relinquish him but they loved him enough to do what was best for him. From the moment he landed in his foster home’s yard it seemed as though he had been there forever. After the initial introductions he quickly moved on to playing with his new pack. This seemed to be the key to his happiness. He spends his days in a large fenced yard romping, running, and playing tag with his foster siblings then eagerly trots inside for a nap to recharge for the next play session. Life is good! Our handsome Jake will make a wonderful addition to a family with a secure fenced yard (he likes to dig!), and at least one other dog of similar size and play level. No cats or small dogs for this guy though.

None of these dogs would have been able to come to us without the help of our volunteers. From transport to foster it takes the love and dedication of kind hearted people that are willing to adjust their schedules – often with very little notice – to make sure these dogs are safe and loved. The paybacks are immense. There’s nothing quite like hearing that sigh of relief from a previously stressed or frightened dog. Seeing them eventually move on to their forever home is the ultimate reward. We thank all of the volunteers that stepped up for our new guests as well as those who generously donated towards their care.

Be sure to follow us on Facebook and Twitter for frequent updates on these dogs. If you’re interested in adopting, check out the Adoption section of our website where you’ll find our adoption application as well as their profiles. Donations also help with the care and future expenses for current and future dogs in need.